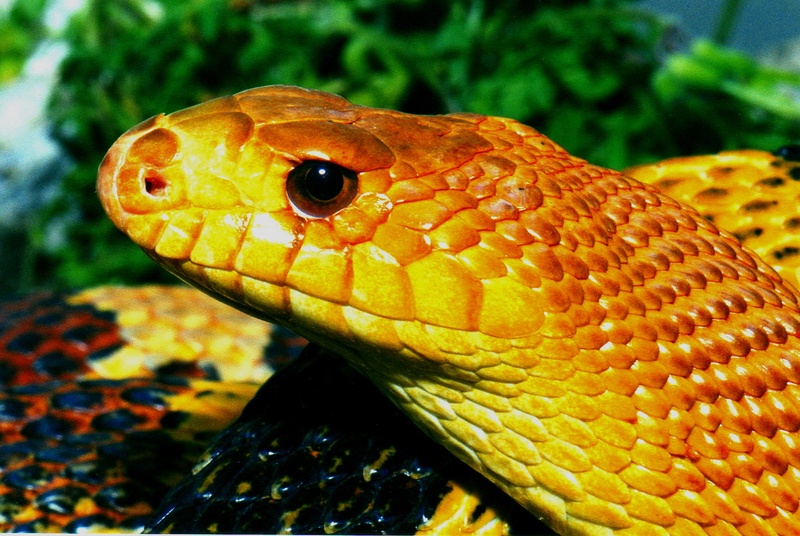 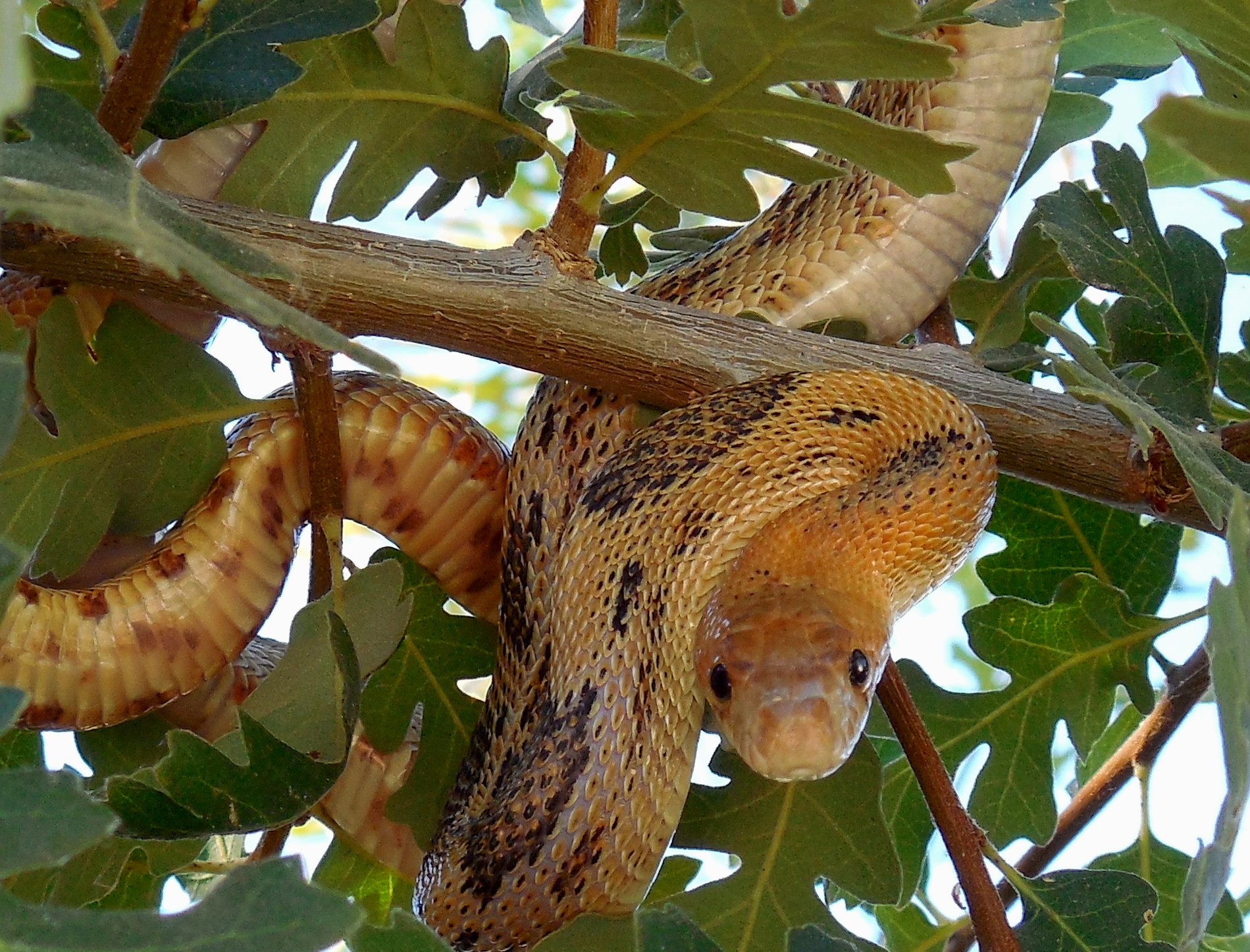 Because of its range, the Northern Mexican Pine Snake probably should be called the North-Eastern Mexican Pine Snake. (See the range map at the bottom of this web page) Pituophis deppei jani was named scientifically for Giorgio D. Jan, Director of the Museum of Natural History of the University of Parma from 1859-1895. Originally its range was reported from northern Hidalgo to southeastern Coahuila, south-central Nuevo Leon and western Tamaulipas, Mexico; now its range extends further and intergrades with the nominate, confusing the racial boundries. Wild populations are found at elevations from 4,500 ft up to 7000 ft with terrains ranging from Pine forest through to highly elevated desert.

There are less than 40 dorsal markings, including the tail, which are interspaced generally by 5 or more scales in length. The posterior markings are saddle-shaped and tend to fuse at the sides. Some of these animals are quite beautiful and may be cream or a deep yellow ground color with red, rust, and blackish markings. Others are golden or an orange with tan, light brown, and cream like tones. The head may be slightly or unmarked.

Below is one of my young female yellow-orange morph "jani". 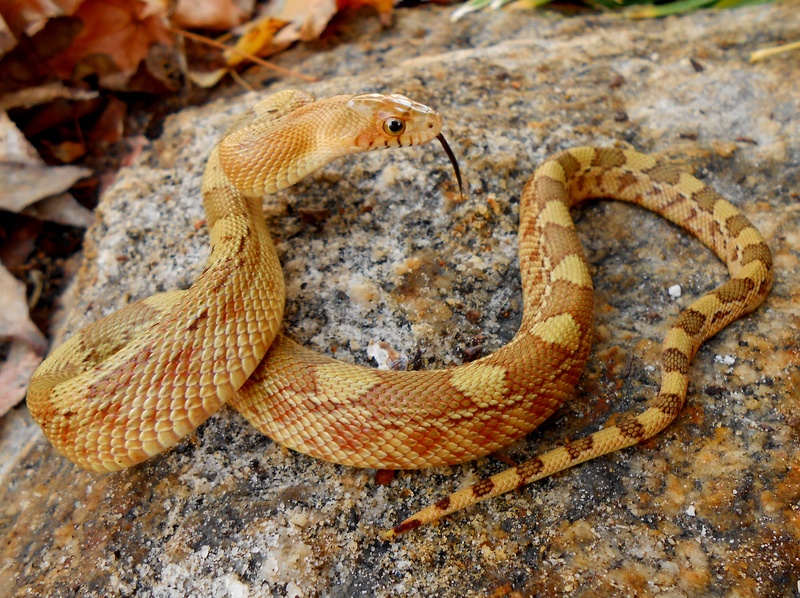 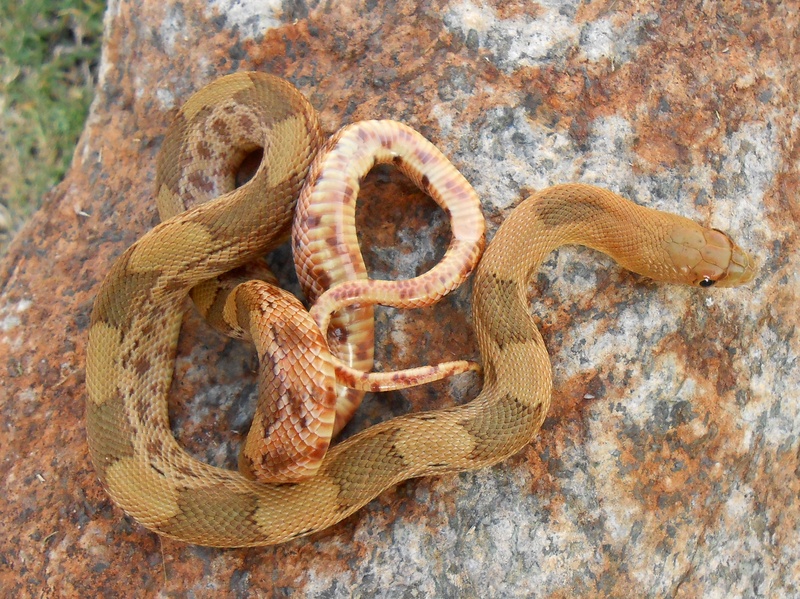 Below is a yearling "jani"the same snake as the one above when it was younger. Note the ontogenic color change.

In another year, the snake will look better, and this will intensify more with each outer skin slough. 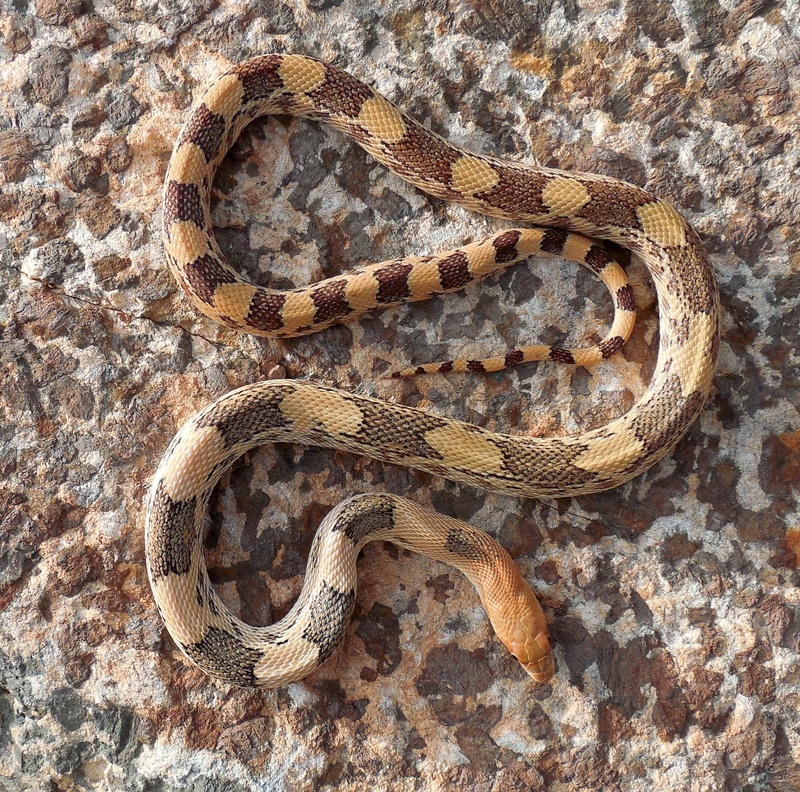 Belly View of the same yearling jani above (November 2014) 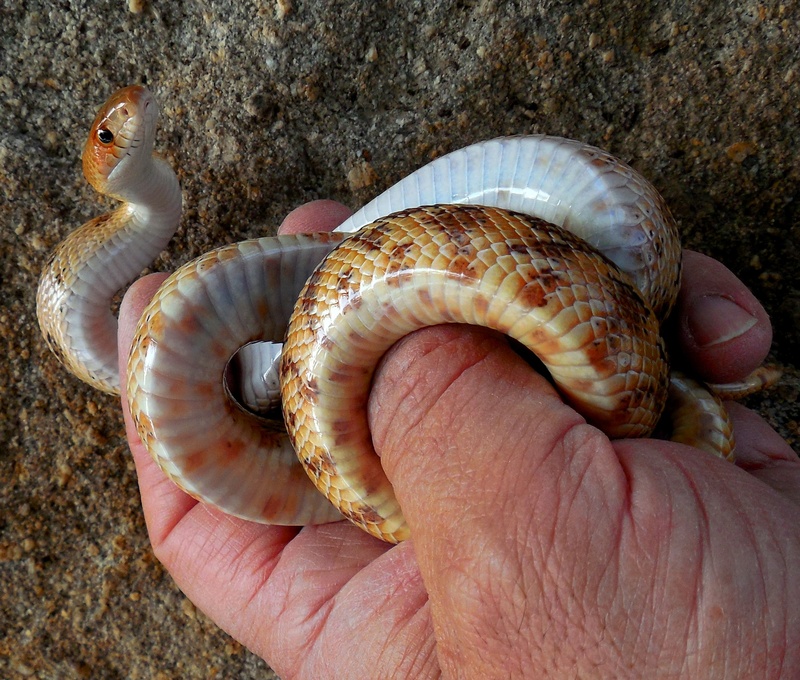 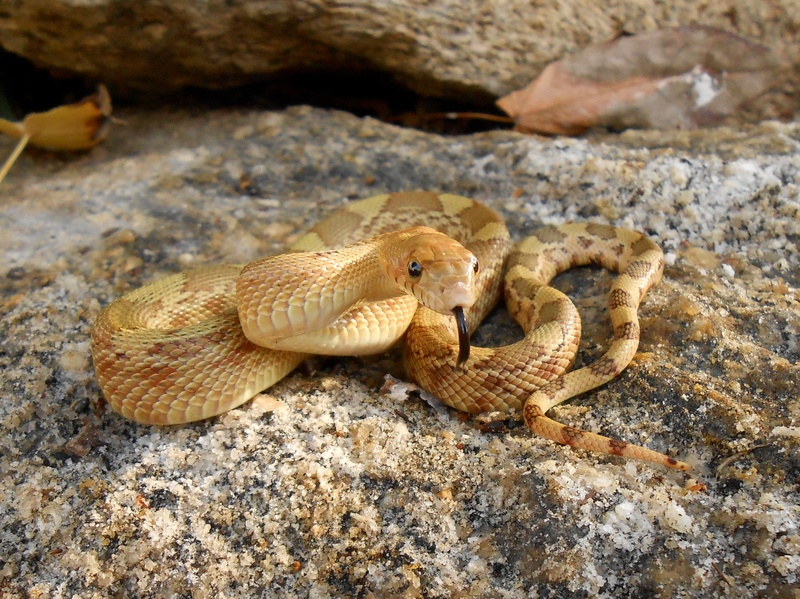 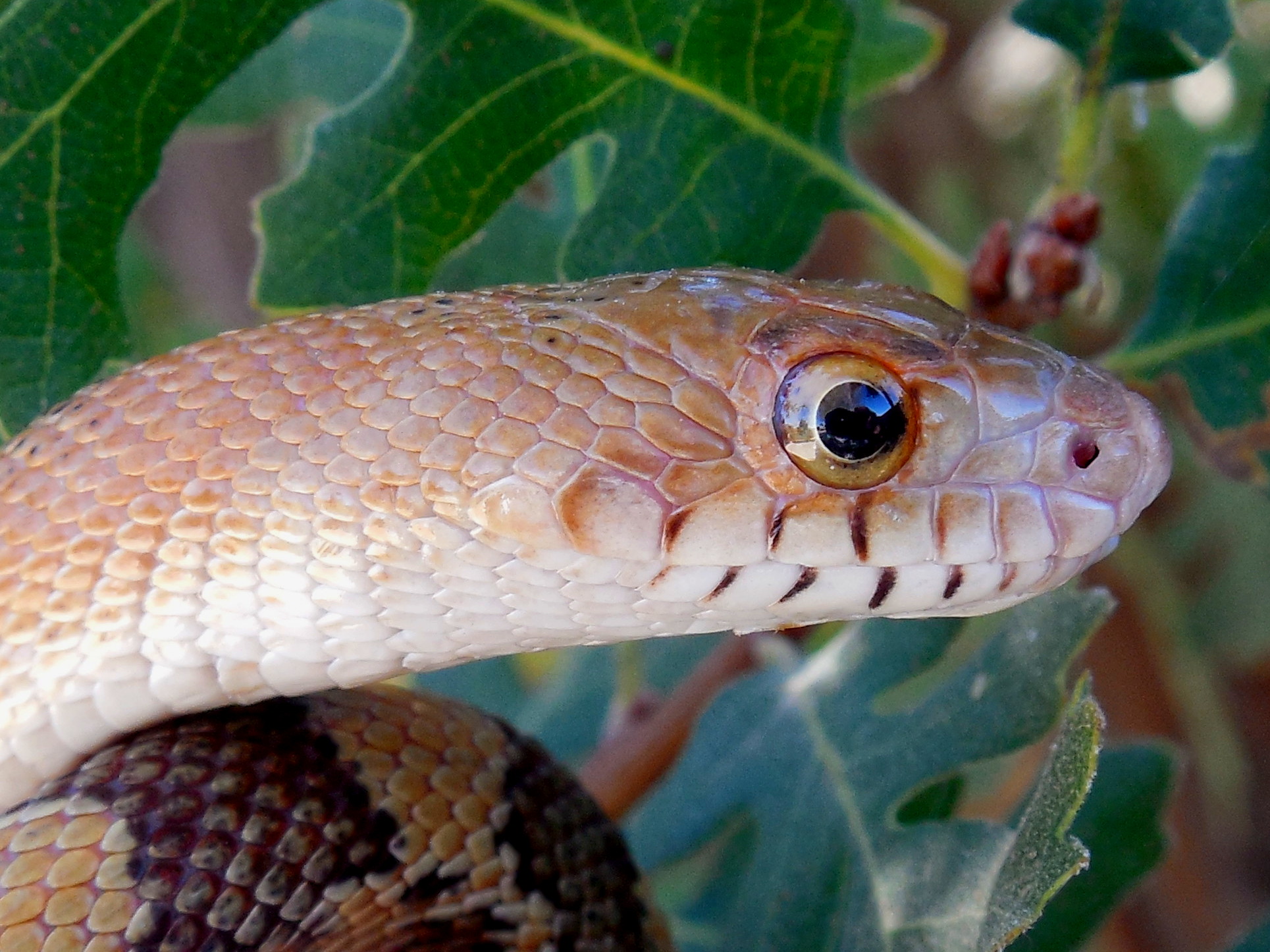 For Advanced Pituophis people only, see the site address below for a facsinating science paper follow up: http://www.sociedadherpetologicamexicana.org/uri/museo/pituo.pdf

The Northern Mexican pine snake specimen below is a reddish copper phase.

This beautiful animal below was photographed by Timothy Burkhardt August 4, 2008 in La Pena of Tamaulipas, Mexico 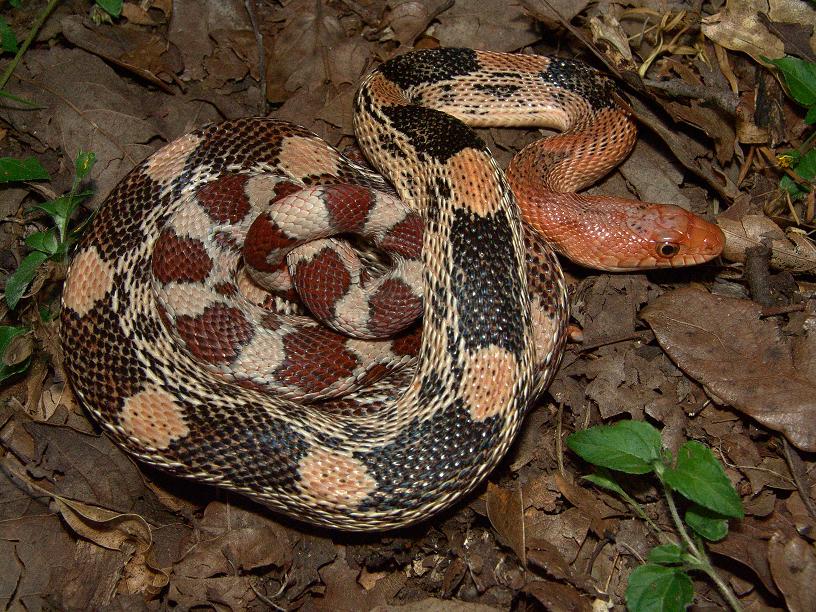 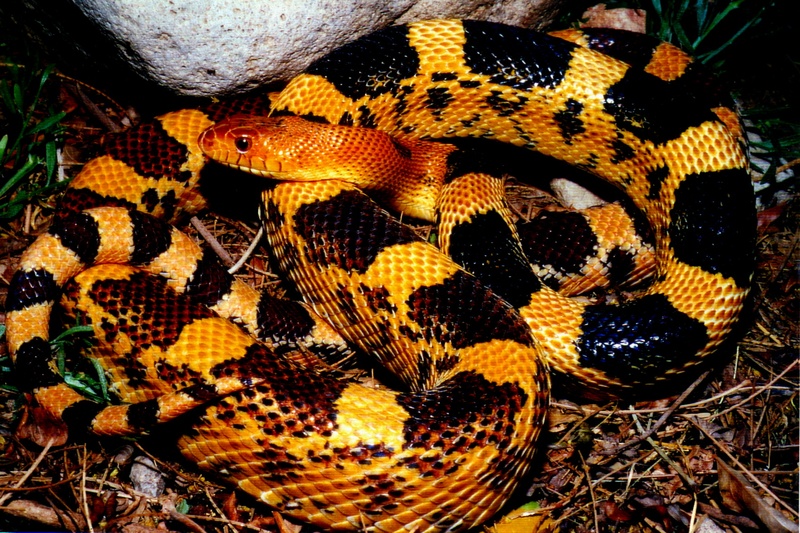 captive bred stock from the parent stock that were legally caught animals.

Limburg along with deppei deppei specimens from specific recorded locales. 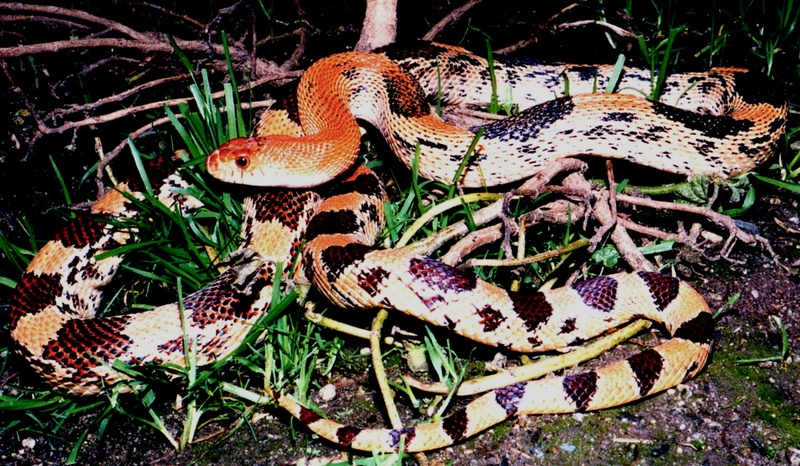 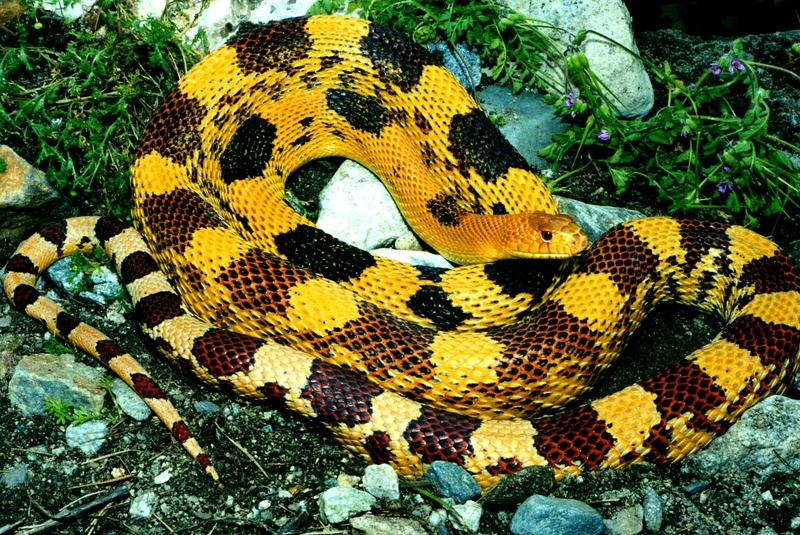 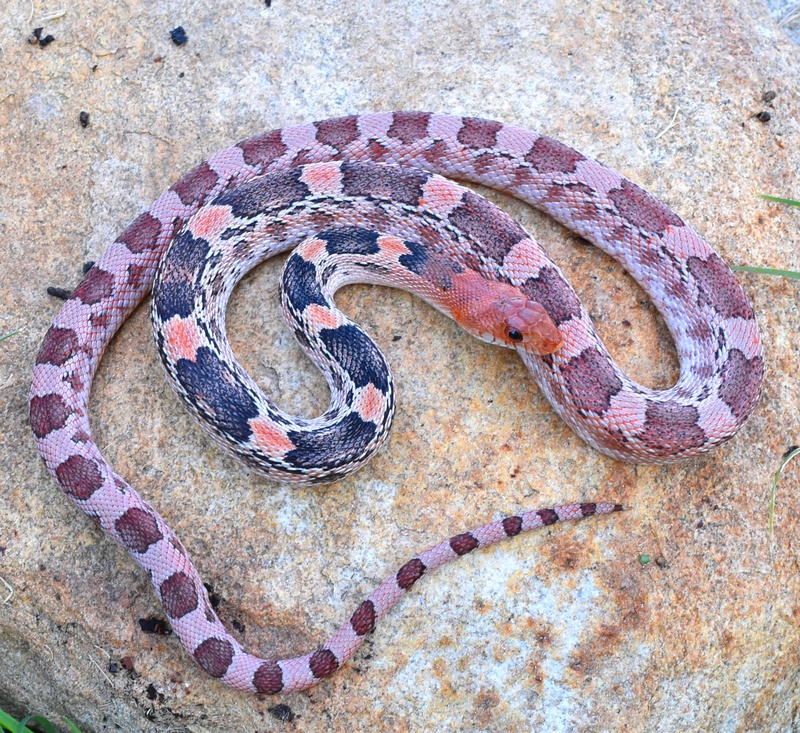 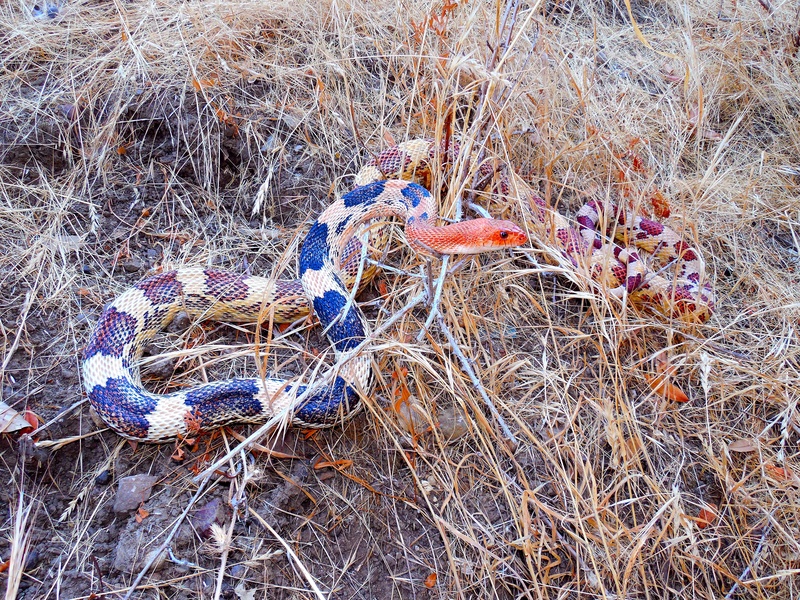 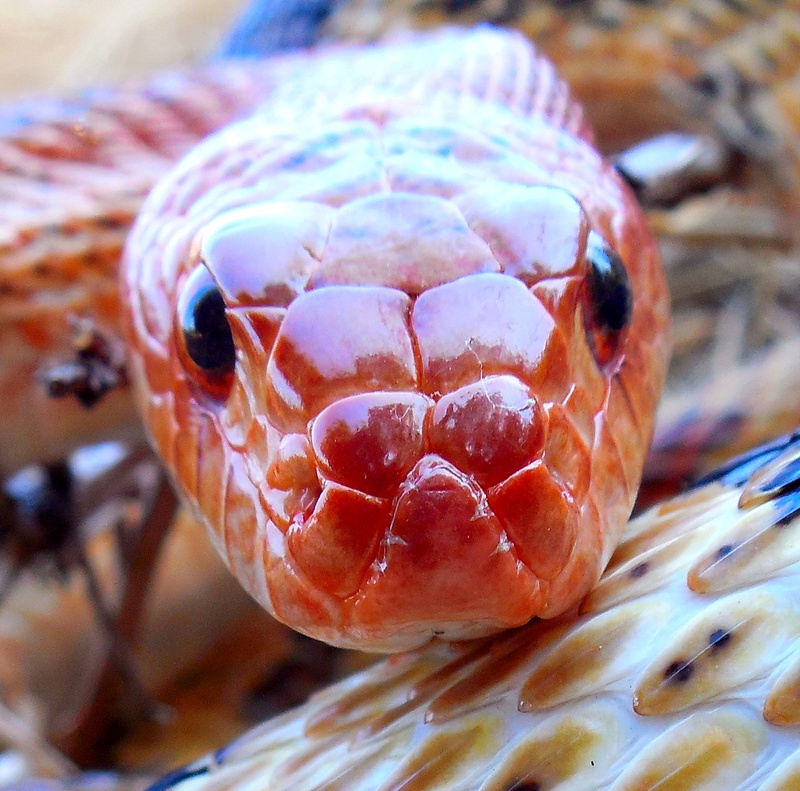 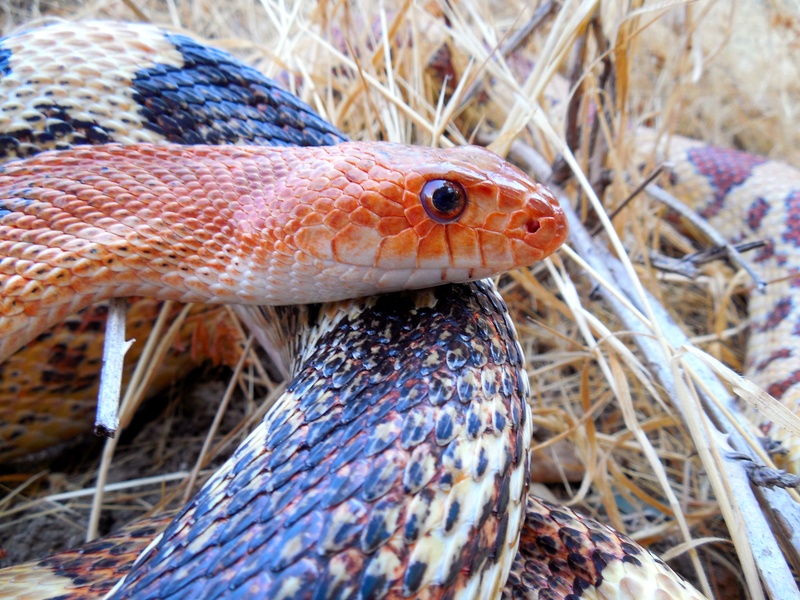 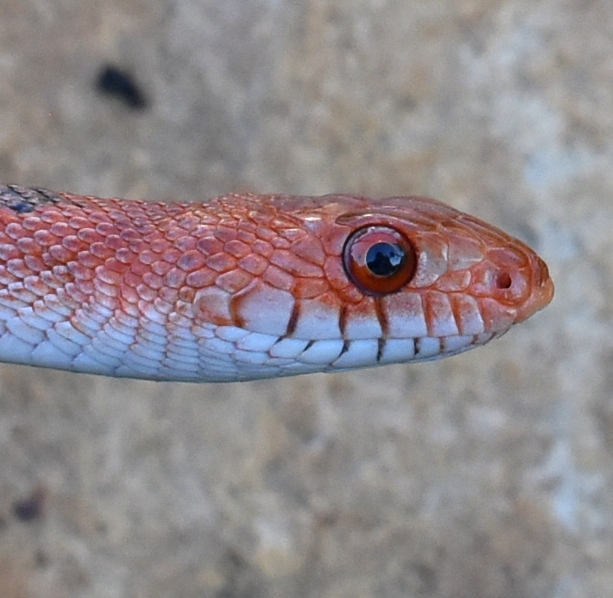 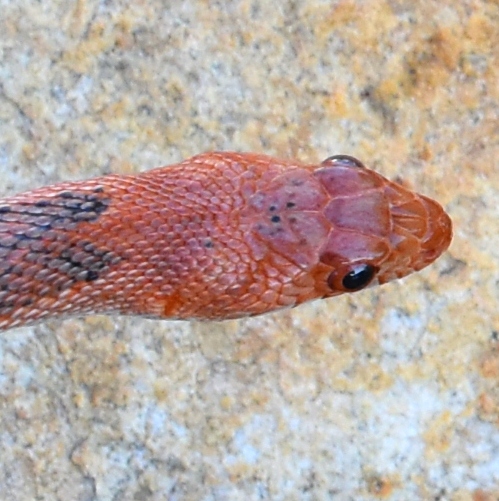 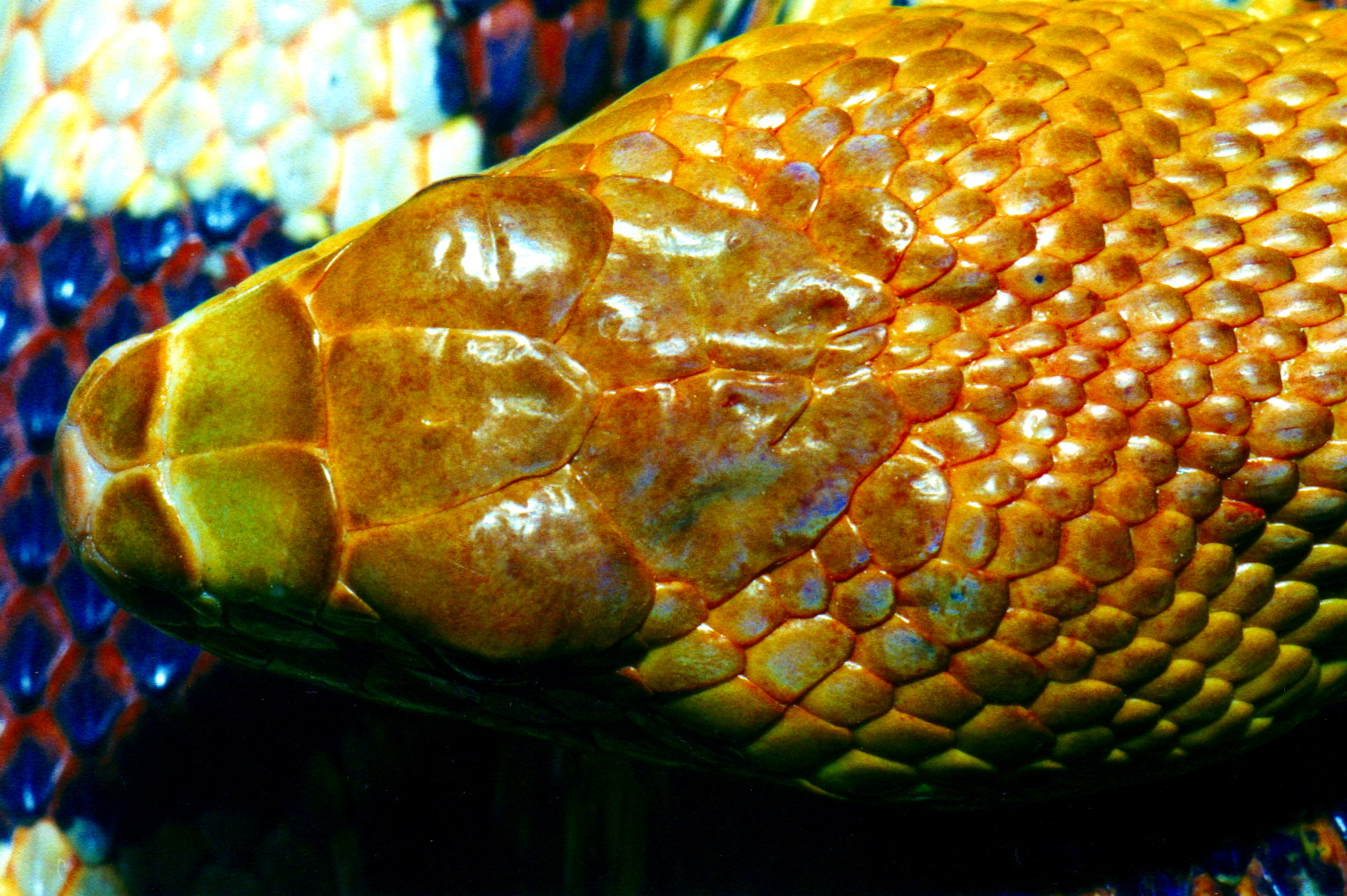 Their ontogenic color change is Amazing to behold. They get prettier with every shed! One of my 2013 hatchling female "jani". Note the ontogenic color change a year later in the image below this image. 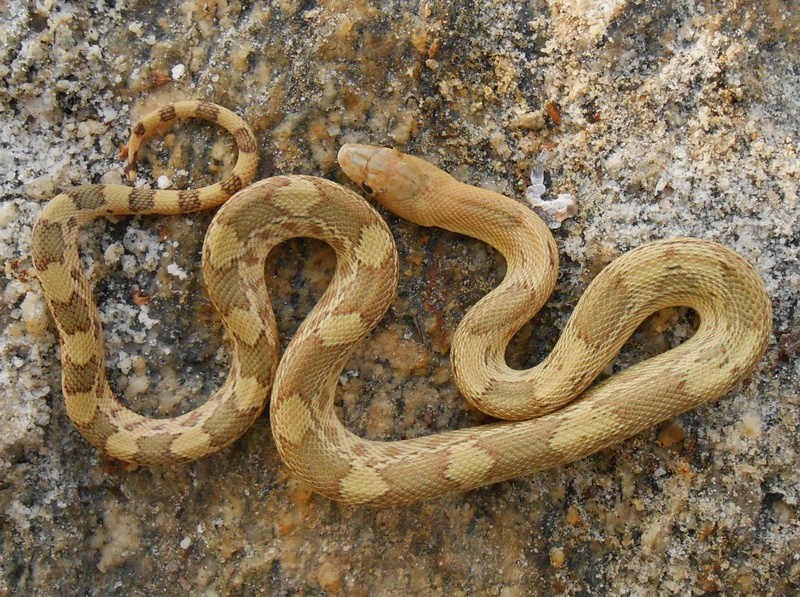 Digital closeup of one of my yellow morph female Northern Mexican pine snake (the same individual as above but a year later) when viewed from above. 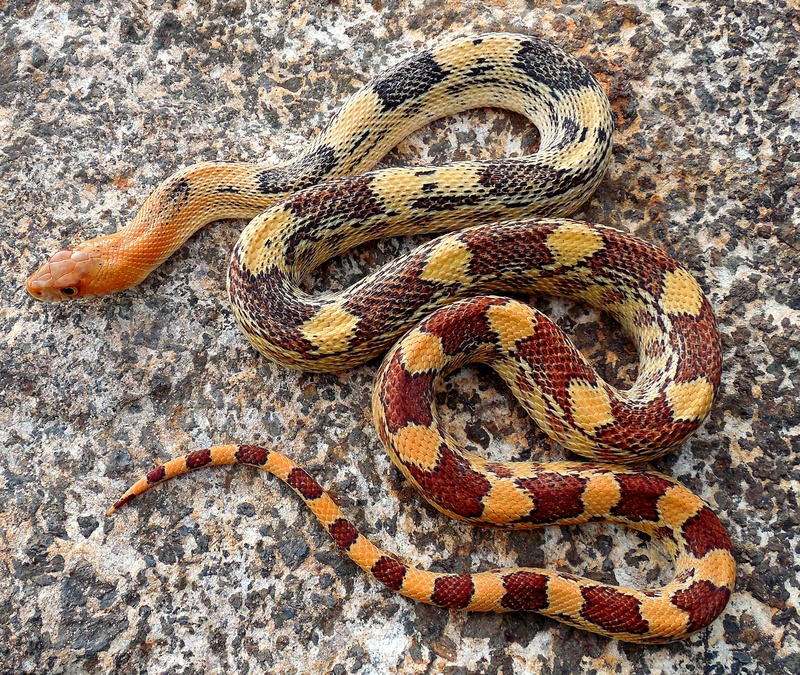 Here is a fiesty live crawling snapping snake from Veracruz, Mexico on YouTube. 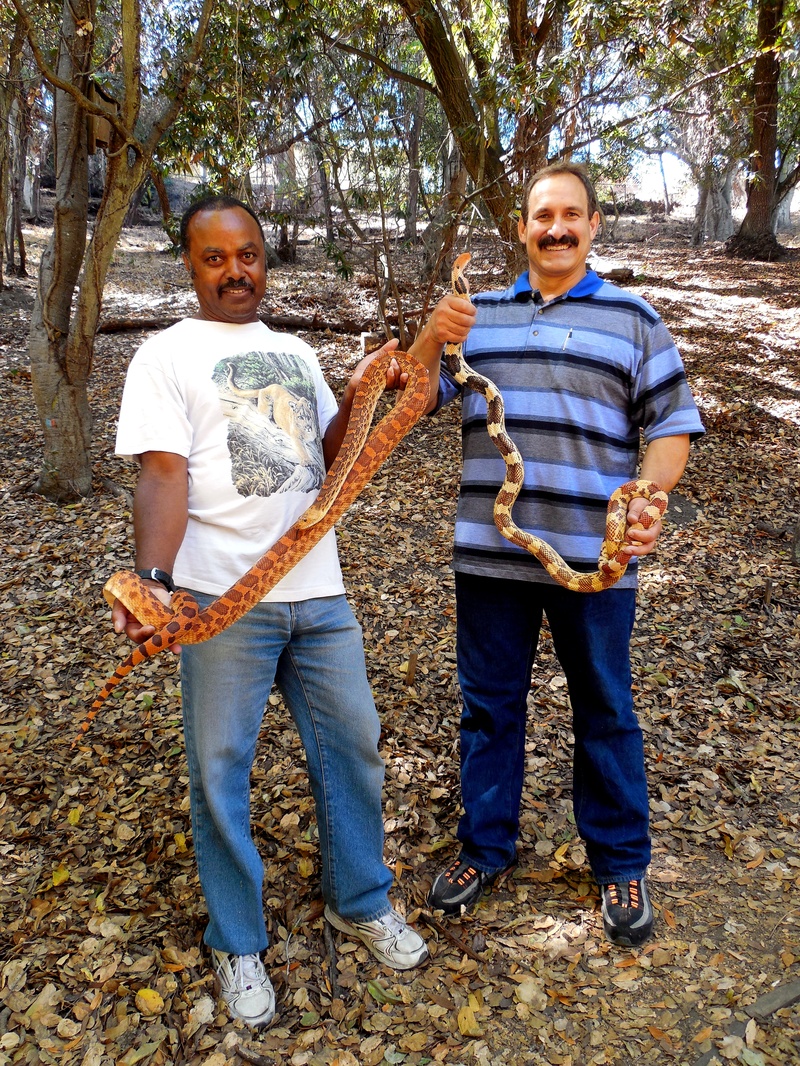 by breeding father deppei jani above with his daughter intergrade a couple images down. 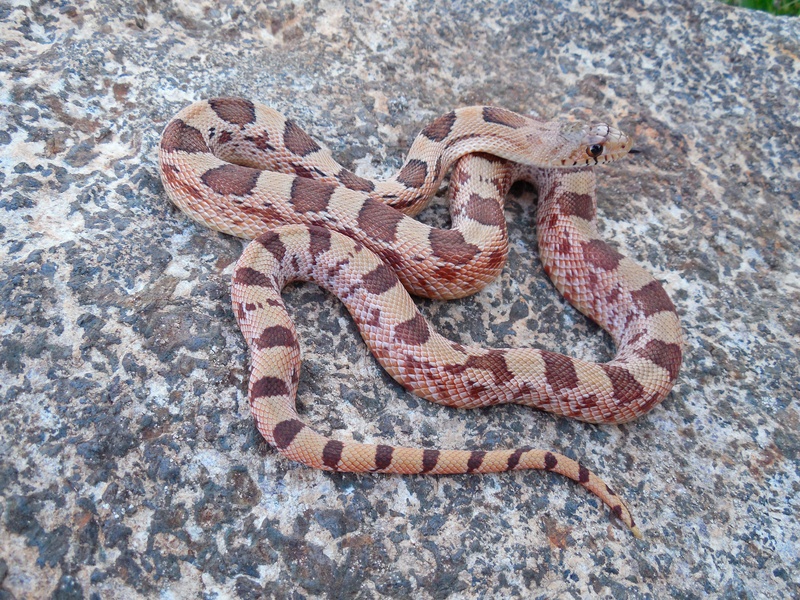 Below is an adult female intergrade Pituophis catenifer sayi x Pituophis deppei jani produced from the parent stock 2 images above. 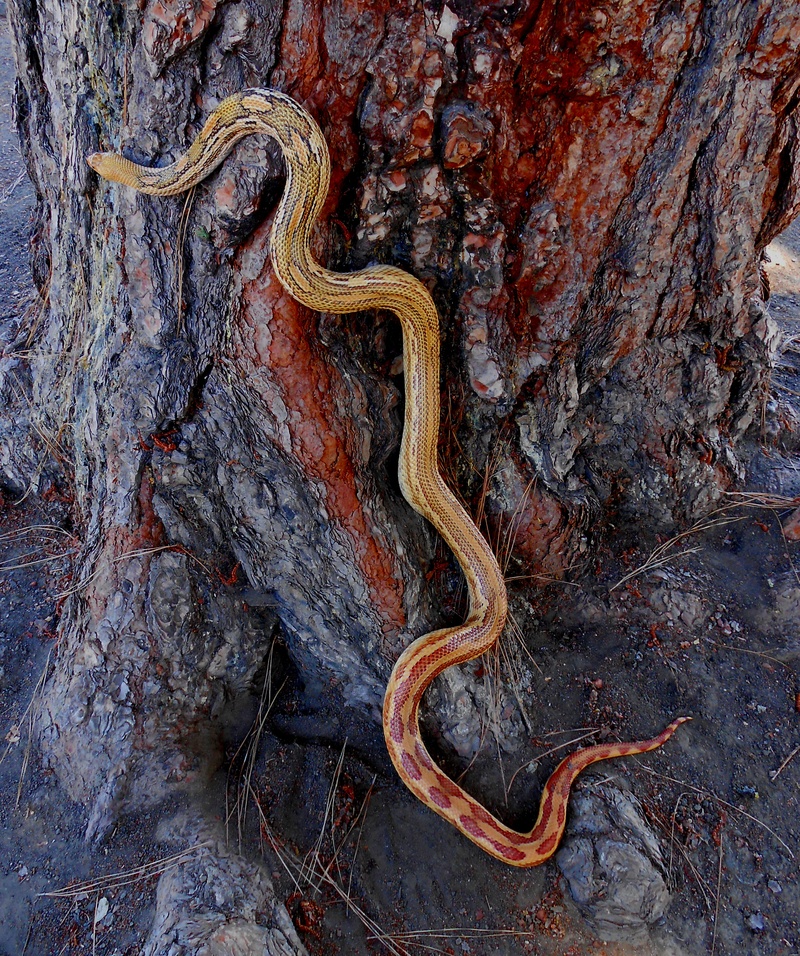 Adult male jani bred with huge adult female red sayi and again the father jani of the intergrade above bred with its daughter above poduced the yearling below.

Pat Briggs  has bred many ophidian forms including Boas and Pythons. Here, Briggs is with his smaller but more manageable male Tiny Tim the 2nd, a 16 foot  Albino Burmese Python. Having been a Scout Master, Briggs has enjoyed helping young men learn about reptiles even at camp. 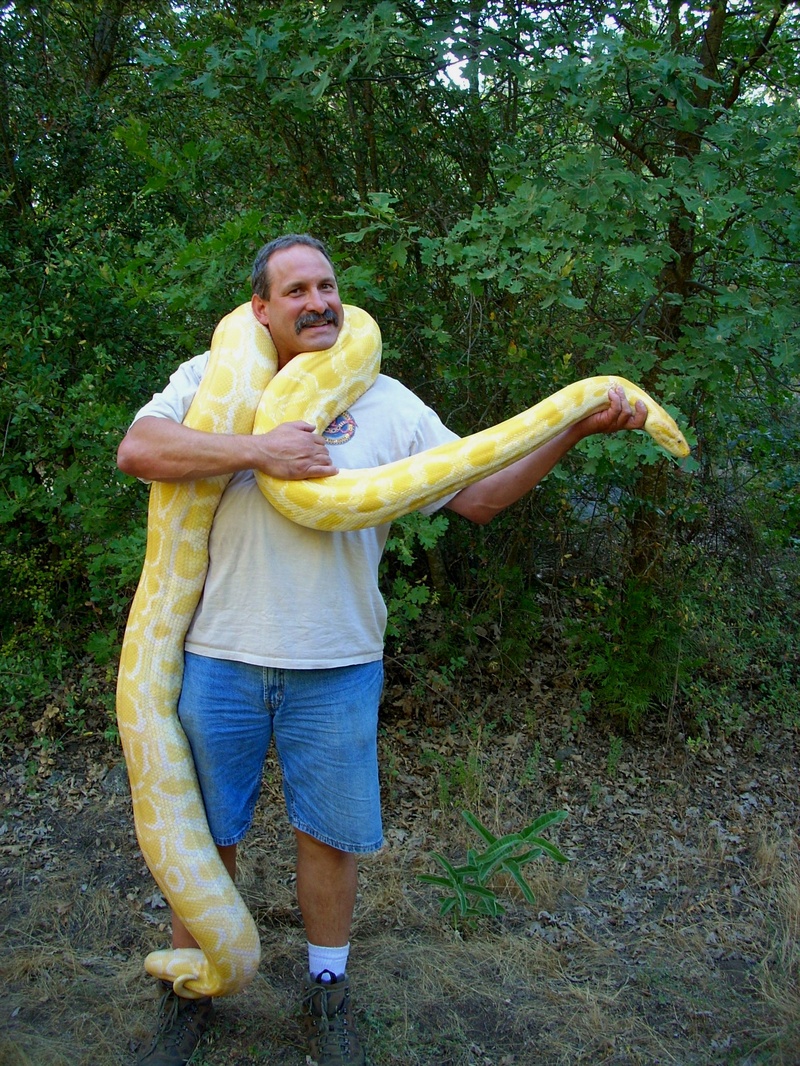 Climbing Mount Whitney starting from Mineral King on the west side of the Sierras. Scout Troop 496